If you’re thinking of redesigning your kitchen, read this article to learn about 5 professional tips for kitchen design.

Most people will start the planning stage by thinking about appliances or the colour scheme but the first thing any professional kitchen designer considers is the kitchen layout. A great resource for kitchen design layouts can be found on the Kitchen Fitters In Birmingham website. In the resources section of the website you’ll find many great articles about different layouts and which one would suit your kitchen.

The layout of your kitchen matters more than the layout for any other room of your home. This is because the kitchen is a functional area. It’s very important how easily you can move around the kitchen. A kitchen that has been expertly designed will increase the ease of use of your kitchen by allowing you to move easily around the space.

To make your kitchen as functional as possible, take a look at some of these expert tips.

The 3 key items of your kitchen design are the fridge, cooker, and the sink. Cleaning and cooking in your kitchen can rapidly become an unnecessarily difficult and miserable experience if you need to circle around a badly designed kitchen layout.

A great kitchen layout will let you travel effortlessly between the three key elements of your kitchen while preparing meals. It should also allow for enough space so that if you are using the kitchen with another person, you will not regularly be bashing into each other. To create this ideal design, a kitchen designer will construct a “work triangle” between the cooker, refrigerator, and sink that is usually angled between 15° and 25°.

Think Carefully About Your Cupboards

A lot of people will neglect proper planning of where to place their kitchen cupboards but this is one of the main characteristics of a professional kitchen design. The layout of the cupboards should be planned depending on how the kitchen space is used. You should place items that you use frequently next to each other to allow for optimal workflow.

Aim to put regularly used items in a place that is easily accessible so you won’t have to constantly bend down to find what you’re looking for. Things like raising your spice rack can contribute to a functional design by making it easier for you to see and reach for particular spices.

An expert designer could possibly even fit a customer-designed kitchen cupboard unit that lets you to utilise your space most effectively. It’s never a bad thing to get creative with your cupboards if it can help to make your kitchen more usable.

The function of the kitchen has changed over the years. Instead of being just a room for preparing food, the kitchen has become a lot more versatile and is not commonly a place for cooking, entertaining guests and dining. A professional kitchen designer will be looking to come up with a kitchen design that is open and optimised to be used for entertaining and dining, as well as food preparation.

The inclusion of an island in your kitchen is a great way to make the room a comfortable place to host guests. This can be the central area of the house where family and friends can gather without getting in the way of the food preparation area. 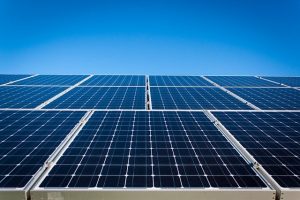 Constructing an eco friendly house is something everyone should pursue. Regardless if you are designing a self build project or just looking to modernise your existing house, smart investment in eco friendly features can give you excellent advantages in the present as well as the future. Check out these 5 key features that every eco friendly house should have.

These renewable energy sources enable you to provide your own energy cheaply while lowering your dependence on traditional energy sources. However, the installation cost of these renewable sources are more expensive, but the cost will be recovered in the long run by the savings made on energy bills.

Insulation is an important element of sustainable construction and making a more eco friendly house. If you want to substantially lower your energy bills, while cutting back on your use of conventional energy sources, you should definitely concentrate on upgrading the insulation of your home. Rather than going for traditional insulation, which can often contain unwanted chemicals, it is wise to opt for natural options instead. The following materials make for great eco friendly alternatives to conventional insulation materials:

A great way of reducing the amount of electricity you use is by creating a home that has excellent natural ventilation and lighting solutions. You want to make the most of the natural light by allowing it to come through large windows and light up your eco friendly house. You also want to use natural ventilation to keep fresh air flowing into your home all year round. Not only do these natural sources make your home more eco friendly, they also improve your mood and health.

You can significantly lower the energy consumption of your house by converting it to a smart home. Smart technology is now cheaper and easier to install than it has ever been. Smart thermostats can control and maintain the temperature in your house and change this depending on your habits. For example, the central heating can automatically be turned off while you are away from the house and be switched back on before you arrive back home. The same thing can be done for lighting.

Incorporating reclaimed wood into your house contributes to the preservation of our forests. Rather than cutting down more trees, you can use recycled wood, which often has a lot of character, to build and decorate your home.Reclaimed wood from old buildings and aged furniture is usually from older trees, which makes it more durable, sturdier and less likely to distort than younger wood.

According to Wikipedia, interior design is “the art and science of enhancing the interior of a building to achieve a healthier and more aesthetically pleasing environment for the people using the space.” I believe this summarises interior design perfectly. It is indeed both an art and a science. An interior designer uses art to make things look beautiful and science to make everything practical and usable. This combination of art and science is the key to achieving a space that is a joy to be in. That’s the essence of interior design.

“…the art and science of enhancing the interior of a building to achieve a healthier and more aesthetically pleasing environment for the people using the space.”

As society developed and architecture became more complicated, the need for professional interior design was clear. People wanted functionality and to make the most of the space they had. The most effective way of doing that was to hire a professional.

The Difference Between Interior Design of Homes and Interior Decoration

As we saw earlier, interior design is the art and science of using people’s behaviour to make beautiful and practical interior spaces. Decoration is using furniture and accessories to make the room look prettier. The difference between the two is that an interior designer will incorporate decorating into their work but an interior decorator will not design.

An interior designer focuses more on the planning, research and achieving a functional design for the space. They will have some knowledge of door and window placement as well as lighting and acoustics. If an interior designer wishes to make modifications to load-bearing walls, they will first need to get approval from an architect. Interior designers regularly collaborate with architects and engineers to ensure the designs are not only practical, but safe too.

In order to create a room that exudes style, an interior designer will need to choose a good colour scheme. They will need to match complimenting colours and use a consistent colour scheme throughout the space.

A good understanding of colours and their effects on people’s mood is a very important asset in the interior designers skillset. Colours achieve different things depending on the situation and location in which they are used.

Depending on the desired mood of the room that the homeowner wants to achieve, an interior designer will choose certain colour combinations. If a calm mood is required then the colour scheme will usually be neutral, utilising off-whites and blue-greys. For a dramatic mood, an interior designer may opt for dark greens and copper.

Colour is also used to make the room appear larger or smaller than it actually is. Light colour schemes will often be used to make a small room look and feel larger. Whereas darks usually achieve the opposite effect.

How To Become an Interior Designer

To become a professional interior designer you will require some training. You can obtain qualifications from a college or university and supplement that knowledge with experience through work experience. I highly recommend working with an experienced interior designer to pick up real-world techniques, tips and tricks that you may not find in a formal course.

Once you have completed training and you’ve accumulated some experience in the industry, you’re ready to start interior designing for a living. There are a lot of job opportunities within interior design. You could work for a big company, a small business or even freelance. Each one has its pros and cons but one thing is certain; interior design can be a stressful job. You are going to be working with demanding clients who expect the job to be completed on time and within budget. However, if you can manage stress well then a career in interior design will be a magnificently rewarding occupation for you.